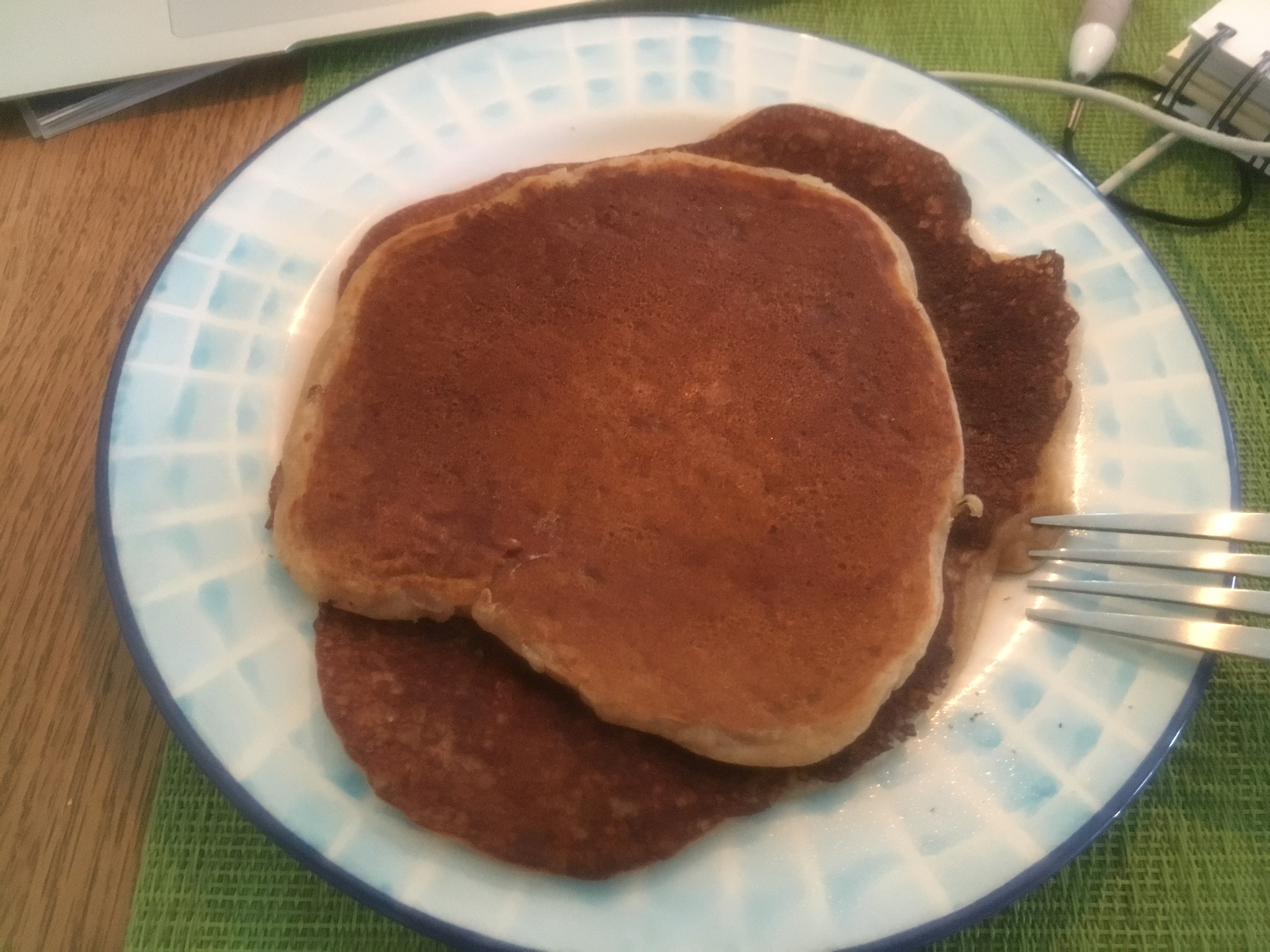 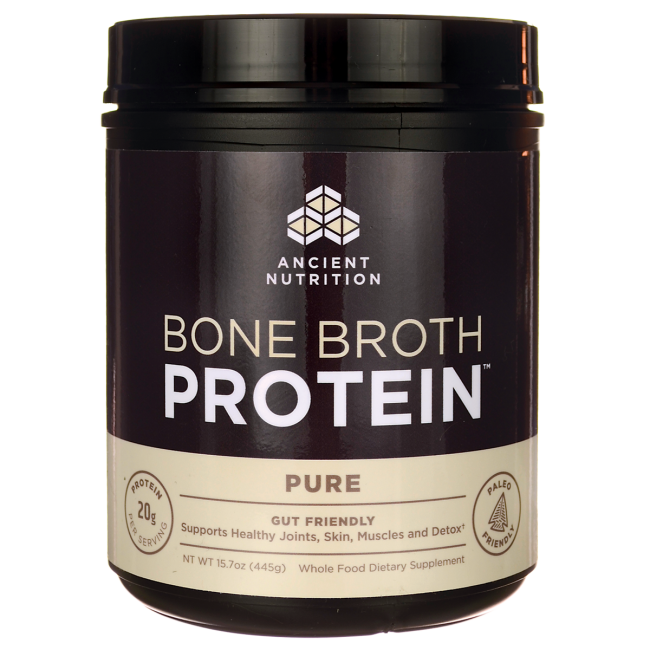 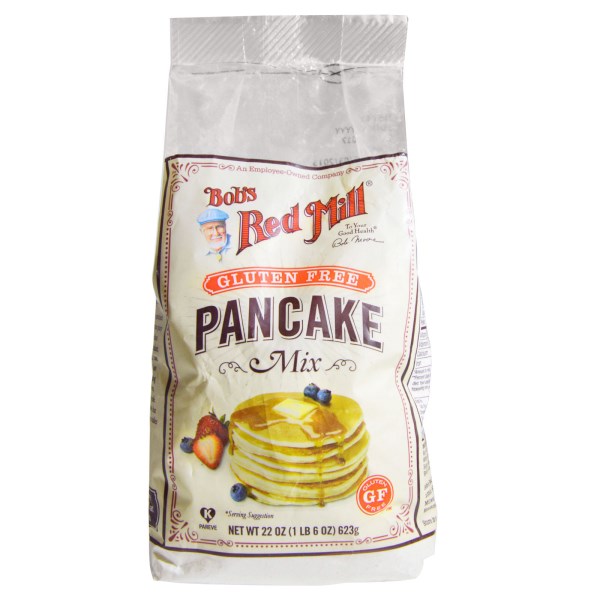 2. Mix all ingredients together adding in the melted coconut oil and honey last

3. Use about 1/4 cup of mixture for each pancake (smaller pancakes are easier to flip!)

4. Top with maple syrup and enjoy!

Bonus Tip: Make enough for the week and refrigerate the extra batter in a mason jar so you can have your pancakes hot each morning!

Why Are You Doing This Again??

It’s a question I’ve been getting a lot lately. Let’s face it… at nearly 50 years old now, many of my peers are getting ready to retire (some already have!), or are settling down to life with the grandkids.

Contrary to that, I’m pretty much constantly sore from the grind of daily training on the bike, and throw in the occasional crash and there are definitely days when I’m limping around.

I’ve fallen pretty hard the last couple weeks and as a result I’m hobbling around pretty good while the contusions heal and I’ve had several folks inquire “why are you doing this again?” or “when are you going to realize that your body can’t take it?” or “You know you’re not 20 something anymore?” And on and on. 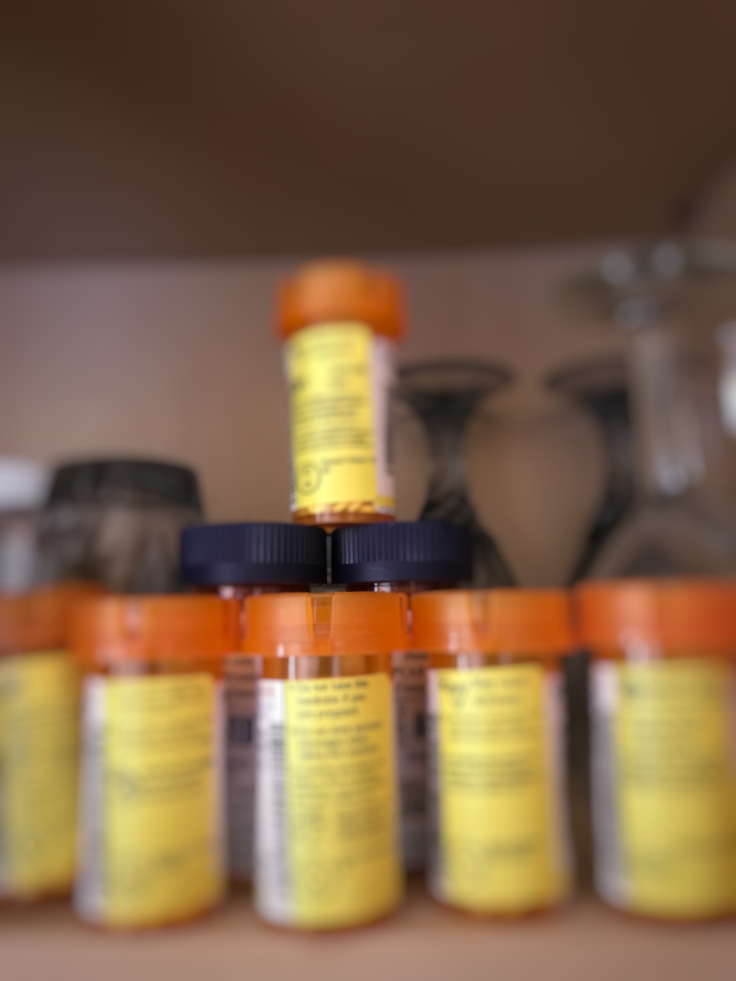 Well, for starters…. A couple years ago I went to the Dr’s and was informed that my BP was getting high. So I went from one medicine to another, trying to regulate my BP with a drug that wouldn’t mess with my body. Over the course of 9-10 weeks I bounced from one to another and at the end of it, in March, 2015, to be exact… my body broke down and I had a very, very long and horrible night in the middle of the New Mexican desert while my system told me enough was enough. After a night of cold sweats, convulsions and a ton of misery I decided right then and there that it was time for a change.

In addition, I’d gained a lot of weight. I was pretty much a porker, eating anything at will and felt like shit almost all of the time. The last time I checked on the scale, before I got too disgusted with myself, I weighed 264 pounds in 2013 or so. I’m sure that I gained more weight than that… I just quit caring. 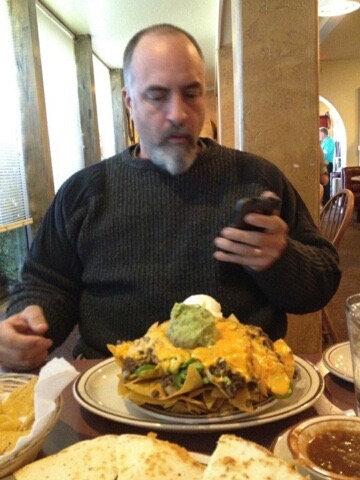 I had been dabbling with getting back on the bike, I’d purchased my first new bike (a nice gravel ride) in December 2014 and had been easing back into riding. But nothing really serious. By the middle of 2015 I came to the conclusion that I needed some help on how to get things going and in August or so, I hooked up with my coach, Christina Gokey Smith (National champion now!!) and started the work.

Christina keeps me focused and on track and makes sure that my body and mind are constantly challenged. Going on 18 months into the program, I’ve dropped quite a bit of weight and gained a substantial amount of fitness. And the work is only just beginning as far as I’m concerned. Now that my body is getting used to the stress of training, I need to start perfecting my diet and changing a lifetime of bad eating habits. As a Masters athlete, I don’t have the cushion I did as a 20 something bike racer to eat, drink and not sleep. All the little details that once upon a time didn’t amount to anything – I’ve got to pay close attention to.

3 years ago, I never, ever would have believed that I could ride hard again. I never believed that I could train, and race again. I was convinced that my life had started that slow, gradual slide into old age and being unable to do things any more. After 18 months of hard work, I truly believe I’ve found the fountain of youth – and it’s called riding a bike!

Christina has been working with me to clean up my diet, and to stay mindful of things going on around me, and to help manage my stress brought on by an exceedingly busy work and home life. I am confident that as more time (and work) goes by, I will be able to ride harder than I can even imagine today – and that’s quite a lot! As Christina says, it’s all part of the process!!

So, when someone asks me “just what the hell are you doing this for”? It’s those bottles of pills – and I’m not going back!

As most athletes we've learned through College nutrition classes thinking a certain way of how to fuel our bodies.  Carbs, Carbs ; more Carbs.. I know this is how most of us athletes are fueled. I am not saying that all carbs are bad.  What I do know, is if it makes you feel better , perform better then you must be onto something. Each person is very unique and this should not be any different when it comes  to what we eat. What works for me may not work for you.

It's not like I eat bad , matter of a fact I already have food restrictions prior to this "new diet"- In 2009 I went to see a Hollistic Nutritionist , www.drlewiscone.com After discovering some food sensitivities towards gluten, casein, whey protein ; corn. I started feeling better, and have stuck with this food restriction ever since.

As I entered my "off season" I consulted  My friend ,mentor& now nutrition counselor Dr. Kathy Lyons. The Keto -nutrition diet- is basically a low carb diet instead of carbs, it is training the brain to fuel on fats. Healthy fats. It takes about 2 weeks for the body to go in a ketosis state Where the liver is producing

I was going to train my brain to fuel off of fat oppose to sugar. Healthy fat instead of Carbs. I have been racing my bike for some time and in those years I can’t count how many times I’ve crashed and had to replace a helmet. Inflammation is the reason I decided to look again at my diet. I already cut processed foods, I eat healthy etc. But this was even deeper.

Carbs turn into sugars- your body has this crash sensation, you are always hungry. I would eat every two hours. In which I thought was okay and healthy- it seemed to work for me.

The diet was to be started during your ‘off season’ as there is an adjustment period you wont feel so great , especially during the 2 weeks. - As my body goes into a ketosis state. (This was 60% healthy fat- and less then 20% in carbs. Iam one of those people, that feel like Mentally can handle anything- “and deep down I thought.. this is going to my challenge. I can do it.

Even though not recommend to be racing during this time. I had finished my season at Crit Nats Sept 6- I then took some time off. I rode my horse, ran a little, worked on core and strengthing. I had a couple mtn bike rides with clients. Then in October I begin doing the weekly cross races put on by my Cross Coach, Bryan Fawley . I wasn’t training at this point but it would jump start me into cross. Made a trip mtn bike trip to Arkansas with friends for some long rides. I started to think about the amount of carbs I ate at this point. But it was after this trip when I started to log every meal with the help of “my fitness pal” -App . I started to cut out the amount of gluten free breads- and carbs and replace with healthy fats.

So.. I would cook with Cocunut oil, I added an avocado to my eggs and mostly snacks consisted of nuts.

My body was going through some changes. I had started my period -after just being on this diet. it.-This started to scare me a bit- I had read that this could occur.

During these weekly races- I knew I should ‘win’ against the women- Or that’s what my mind beleived. It was a race where I barley won the - and Toby said, Okay when are you going to make the decision that this diet is not for you”. I quickly responded with, Hey you have to give me the two weeks.

Sure enough.. I had a workout that was 30 seconds ‘on’ (as hard as you could go) followed by 30 seconds ‘off’ . I will never forget this day. The 30 seconds ‘OFF” started to feel like it was in slow motion. I couldn’t believe it. I wanted to start another effort-“on” at the 15-seconds . I felt so strong. Wow.

I did start my cross racing in November- and I knew I would carb load going into a race weekend. This is what I needed to dial in , exactly how many carbs etc. The first race I had- I felt so strong, in fact I felt like I wasn’t even pushing myself. However, the next day during my race I felt like I was missing something in my diet- like I needed a bit more carbs ?

Going into this race weekend Friday

Next weekend we drove to Louisville for my first UCI cat 1 race.

The following weekend was Colonels cross race in Ft.Worth. it was a more wide open course- and I wasn’t sure how I was going to fare . However, I opened up a gap on the first lap and never felt like I had to push to my limits. Score.

I felt like I really dialed in my eating and was feeling untouchable. I was racing every weekend and with the weekly cross race. This week would be the last cross race for the Thursday nigher- I wanted to support this race as well and had a week where I could make it happen. However, racing the weekend followed by two back to back weekly races one day off before hitting the weekend races in Houston called for some tired legs. What was interesting - was that my body , my breathing felt like I didn’t even come close to riding hard- however my legs were simply not there. the course was muddy and riding through the grass just sucked the energy out of my legs both days. -and ended up 2nd both of those races. It wasn’t until end of December I took two weeekdnds off of racing- so I would go into State Cross and Nationals feeling hungry to race.